Skip to content
Previous Next
FROM MY DIARY: AN UNCOMFORTABLE SITUATION

FROM MY DIARY: AN UNCOMFORTABLE SITUATION

“Oh look, here come some elephants and the hippos sure don’t look happy”, someone said, as we sat in the hide, enjoying true African wildlife. The whole group repositioned themselves in the direction of the interaction and waited patiently to see what was going to happen. 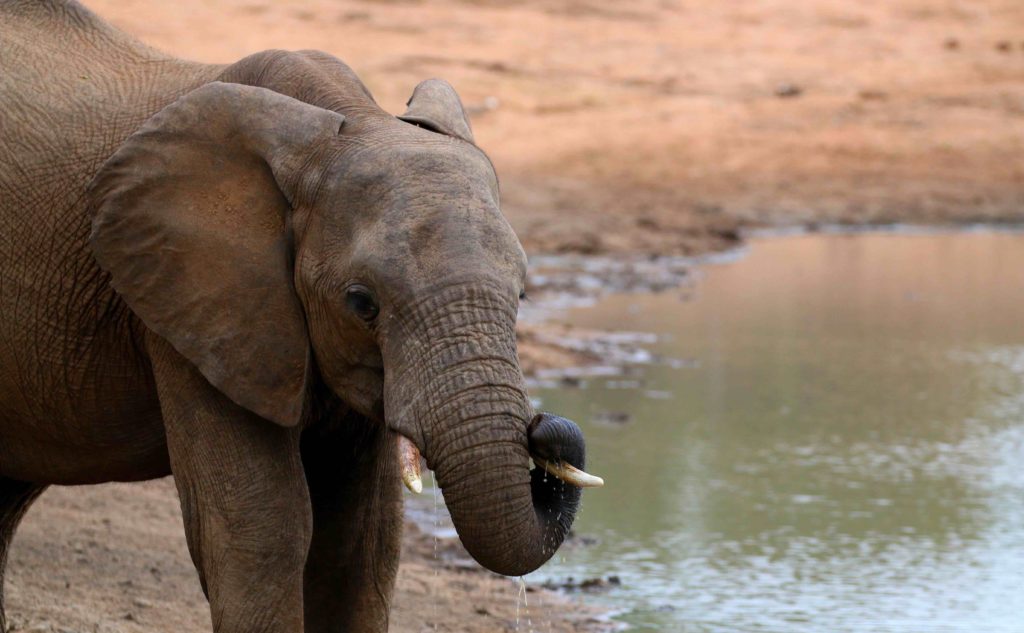 The atmosphere was tense and no one made a peep, a Grey Heron squawked as he flew over the water and the Cicada Beatles were buzzing away. This is one of the most intense stare downs I have ever encountered in the wild and was very excited to see how it would all play out. For most of the people in the group, it’s their first time in Africa and thus far we’ve encountered lions lazing around, a male leopard in a tree, chewing on the remains of an Impala kill, over 300 bird species and several elephant herds, gracefully marching through the bush.

Kruger National Park is world-renowned for its abundance in wildlife, spectacular sightings and ease of access to visitors. This was the kind of sighting that exceeds all expectations when visiting the park and going out on safari.

We waited in anticipation to see which beast was going to budge first, was a hippo going to grunt and open its enormous jaws, exposing their seriously big tusks in an effort to intimidate the elephants or was a bull elephant going to lift his head, spread his ears and kick up some dust as he gives a loud intimidating trumpet? There were no tell-tale signs and the suspense was killing us! 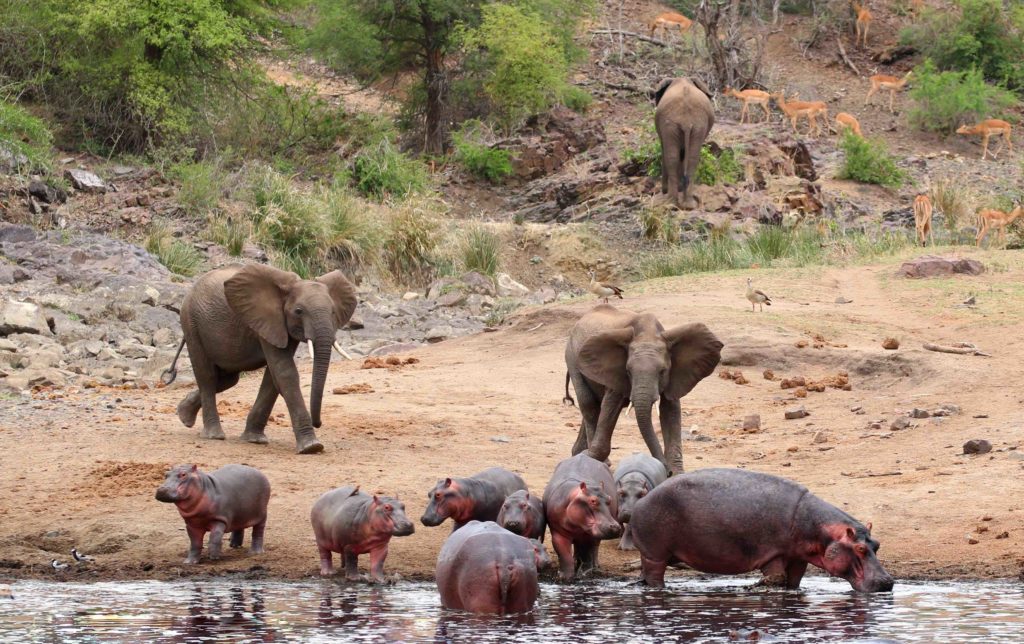 This was one of those sightings that felt like everything was happening so slowly, but in reality, it all only lasted a few minutes. Everything quieted down, the hippos were back in the water, the elephants were enjoying a drink and all the other wildlife relaxed and went about their business.

This was one of the best displays of interspecies interactions I’ve had in Kruger, not that there was an extreme amount of action, but just witnessing the behaviour of each species as they stand off to one another, spectacular! As usual, Kruger National Park never ceases to amaze me and leave my clients with some of the best safari memories they’ve ever had!