Skip to content
Previous Next
FROM MY DIARY: THREE TAILS IN A TREE

FROM MY DIARY: THREE TAILS IN A TREE

It was mid-June and the winter air was cold, but not cold enough to stop us from going out and experiencing all that the African bush has to offer.

I spoke to Vusi (my tracker) over a hot cup of coffee, just before we left for the drive: “Vusi, the clients are leaving today and we still need to find them a Leopard, what do you think will be our best opportunity?” To which he replied “I spoke to some of the trackers at Mohlabetsi Lodge last night, apparently they had a male Leopard with it’s kill, in a Marula Tree, on Donga Drive” “Okay, great, Donga Drive it is then” I said, as I took a sip of my steaming coffee.

We set out with the chilly winter air in our faces, all covered in scarves and beanies. It would take us at least 30 minutes to get there, and that is if we were to drive straight there, but if you’ve ever been on a game drive, you know that that’s not possible. Almost an hour later, after enjoying a herd of Giraffe, some young Elephant bulls and a mud-wallowing family of Warthog, we arrived on Donga Drive. 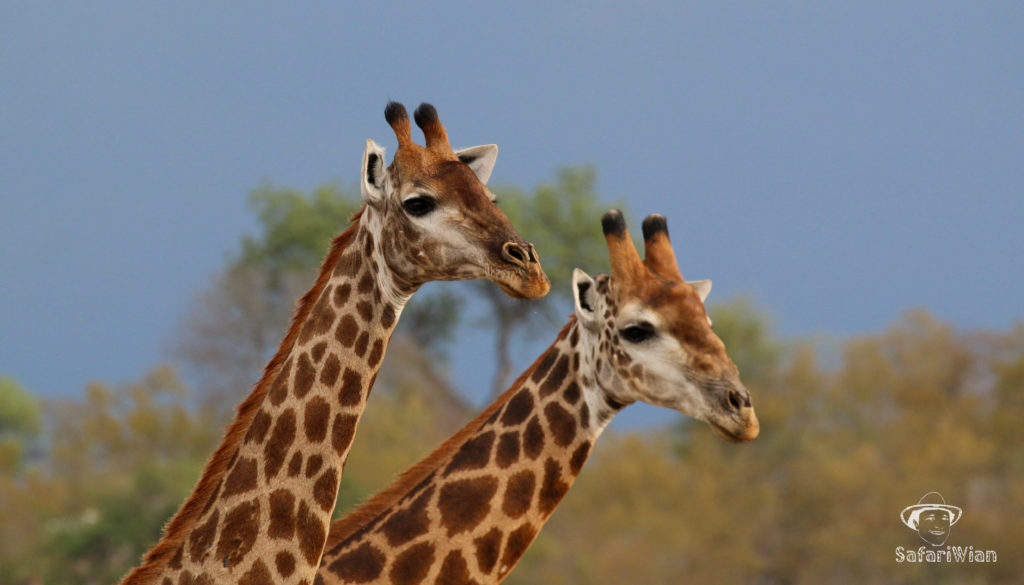 All we knew was that the Leopard was last seen in a Marula tree along this road. This proved a little challenging, as it almost felt as if every second tree was a Marula tree, and Donga Drive was about 3 km long. We just took it slow, scanned as well we could and hoped for the best. Just as we reached the Northern end of the road, and as we were about to give up, I saw the funniest thing I’ve ever seen…

Right there, in not the biggest Marula tree around, were 3 lions, devouring the remains of an Impala. Now I know that Lions are known to climb trees from time to time, but I’ve never witnessed this, until now. 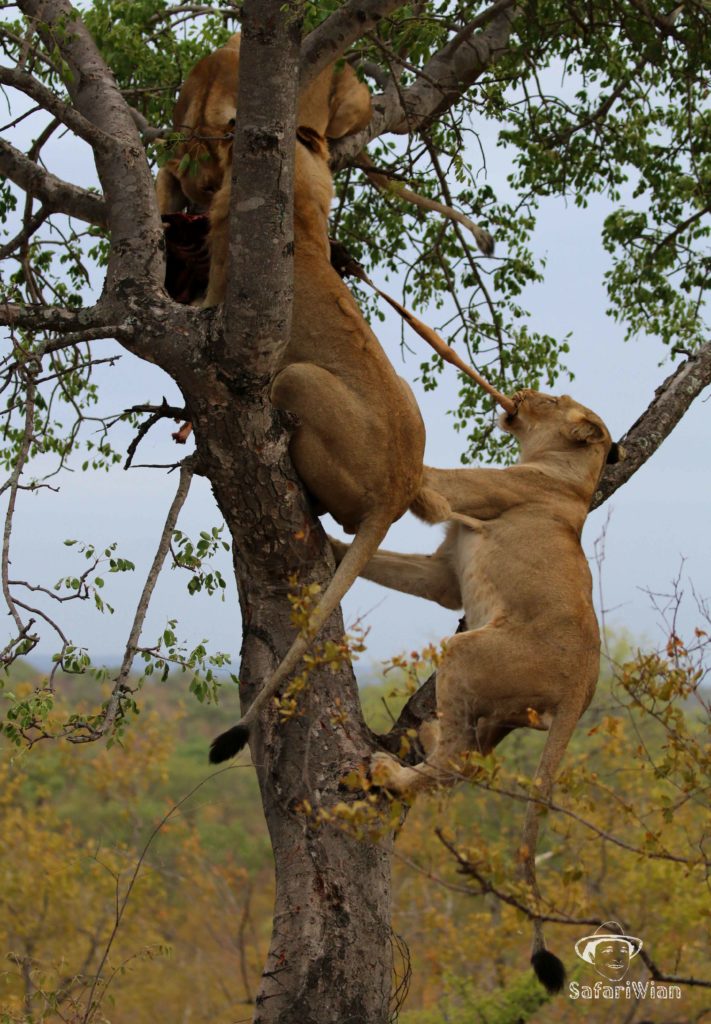 Clearly this is the same tree that the trackers from Mohlabetsi had the Leopard in from the night before, and we concluded that these were 3 opportunistic young Lions, who must’ve intimidated the male Leopard off its kill and took it for themselves.

The disappointment of no Leopard was shadowed by the comical behaviour of these 3 Lions awkwardly moving around on the thin branches of the Marula tree, trying to get their fill. We sat and enjoyed the sighting for more than an hour, watching the Lions fall out of the tree, claw their way back up the trunk, paw at each other for a bite and fall out of the tree again! 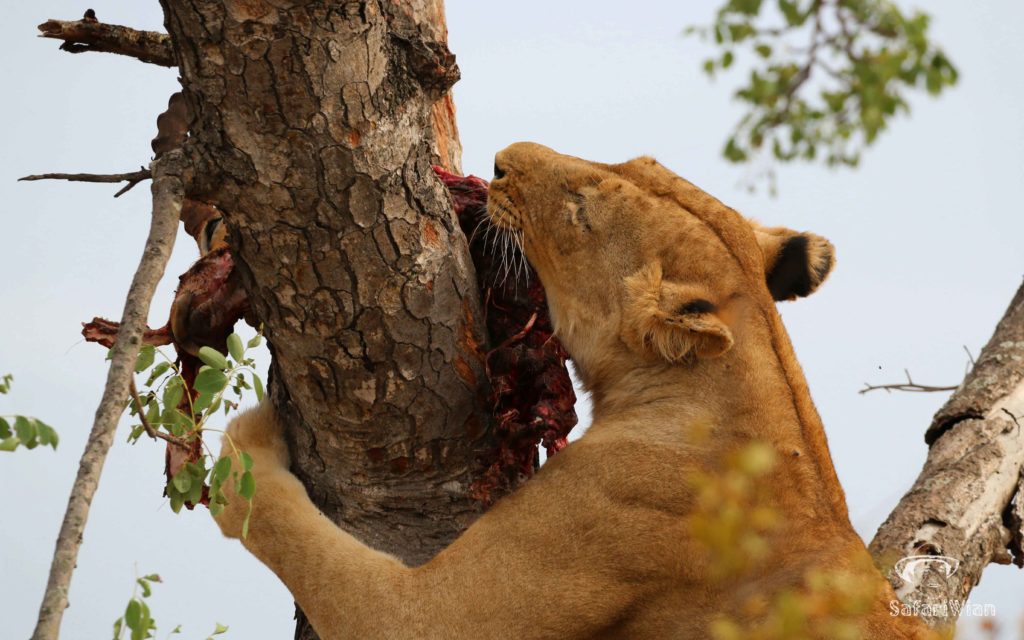 I can tell you this, Lions aren’t the most graceful creatures you’ve ever seen in a tree.

One of the things I found most funny, was that whenever one of the three Lions would bail out of the tree, it would get up, shake itself off and look around, almost to make sure that no one saw their embarrassing fall; much like I did when I was a kid, climbing trees that I clearly shouldn’t have. 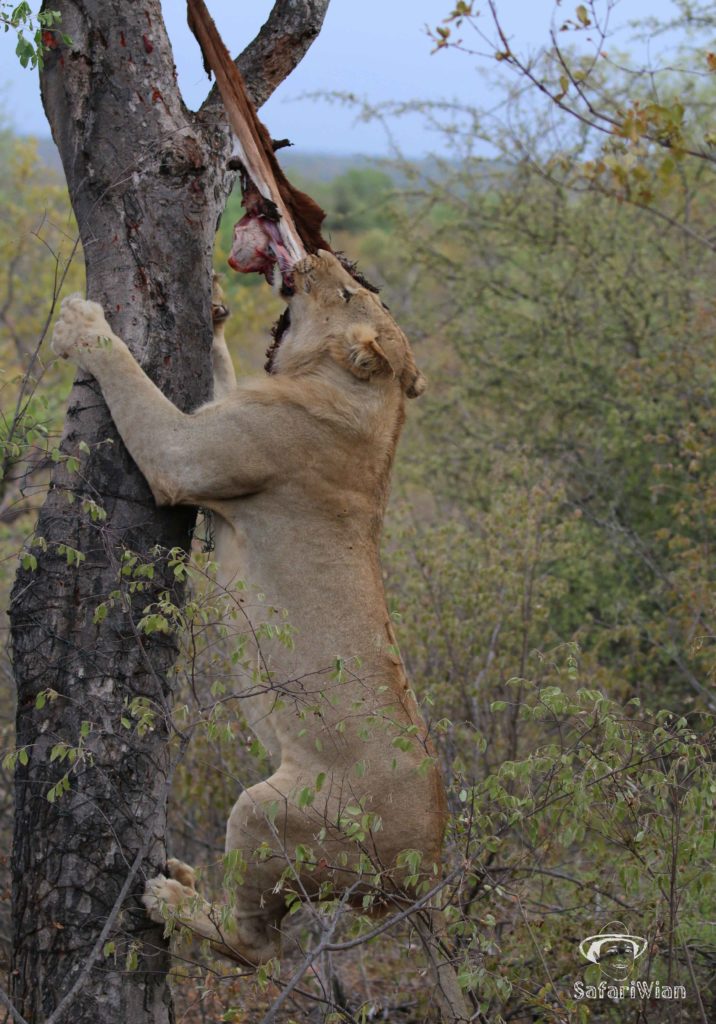 What I loved about this sighting, was that this was the type of behaviour one doesn’t get to encounter often, and this is why I do what I do, for those rare and interesting, of out of the ordinary, moments of animal behaviour.

I’d love to hear some of your favourite Safari stories, share them in the comments below.